Matthias Eibinger took down the partypoker High Roller Big Game and banked $63,216. Eibinger’s prize would have been a shade under $74,000 but he struck a heads-up deal with Finland’s Samuel Vousden. 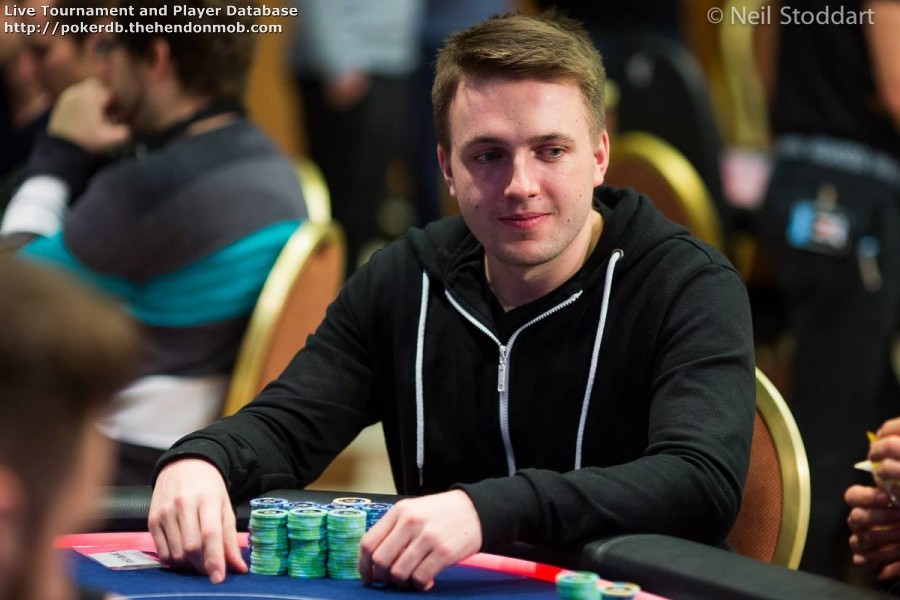 All but two of the nine finalists netted a five-figure prize, thanks in part to 116-players buying in for $2,600 each. Niklas Astedt and Steve O’Dwyer were the first two players to dust off their chips; they walked away with $8,117 and $9,789 respectively.

Christopher Putz and two-time WSOP bracelet winner Yuri Dzvielevski were the next pair out of the door before Shawn Daniels and the Netherlands’ Daan Mulders fell by the wayside, the latter reeling in a $22,943 haul.

The United Kingdom’s Keith Hoang was the last man standing after nine-hours 20-minutes of intense poker action. Hoang’s reward? $40,191. Hoang defeated Pedro Garagnani heads-up to claim the tournament’s top payout and to resign his Brazilian opponent to a $27,854 consolation prize.

Two other partypoker players won more than $12,000 for their final table appearances. Oleksandr Turych, who calls Ukraine home, walked away with $12,824 for his fourth-place exit. Michael Ender of Belgium won $19,322 after his untimely demise in third-place.

Other partypoker Highlights From January 31

David “MissOracle” Yan added the $1,050 Sunday Warm-Up to the long list of tournaments he’s won during his career. Yan topped a compact field of 65 in the $1,050 buy-in event at PokerStars and padded his bankroll with $15,032 after a heads-up deal with Finland’s Tomi “elmerixx” Brouk. Brouk banked $15,646 as part of that deal.

It shouldn’t be surprising that a $1,050 buy-in tournament had a final table brimming with stars. Some of those stars included seventh-place finisher Artur “mararthur1” Martirosian and the Austria-based German legend that is Ole “wizowizo” Schemion who crashed out in fifth for $5,511.

The $1,050 Sunday High Roller was another PokerStars tournament ended in a chop, this time the final three players were involved.

“bokkie87” was the main beneficiary of the deal as their third-place finish saw them collect a $48,337 score when the original payout was $35,559. “nilsef” of Germany crashed and burned in second-place, a finish worth $48,903 as part of the deal. “Piggysnipz” was now the only player with chips in front of them and the Canadian won $48,139, much less than the advertised top prize of $62,629 but still a juicy amount for a few hours work.

Other PokerStars Highlights From January 31

The $100,000 Sunday Mega Deep drew in a crowd of 884 players to 888poker who purchased 262 re-entries between them for a total attendance of 1,146. This meant the tournament hit it’s guarantee once again.

The final table was also the home to a pair of players who have featured in several Sunday Briefing articles here at PokerNews. Ben “DoobieFish” Kett finished ninth for $1,432 while Latin American hero Kelvin “Kelvin_Kerbe” Kerber finished fourth for $8,308.

This week’s $30,000 Sunday Challenge PKO event final table saw a third of its seats taken up by players calling Belarus home. “bad_romantic” and “tinitun14” didn’t last long under the spotlight, falling in ninth and eighth-place for scores of $304 and $767 respectively.

Their exits left “altavistt” as the sole flier of the Belarusian flag. He did his country proud by emerging from the battle victoriously with the $3,299 top prize in tow. This sum was bolstered by $3,687 worth of bounty payments for a total prize weighing in at $6,986.

The champion defeated “Wez1y” heads-up to get their hands on the title, resigning the second-place finisher to a still-respectable $4,658 consolation prize.

Canada’s Guillaume Nolet helped himself to a $141,384 score this weekend when he finished first from 979 entrants in the GGMasters High Rollers event at GGPoker.

Nolet is no stranger to major online poker tournaments’ final tables so it wasn’t a surprise to see him reach this final table. He eventually found himself in a one-on-one battle with Brazil’s “ODDj0b” for the title and a prize more than $35,000 more than second-place. Nolet defeated his Brazilian opponent to resign ODDj0b to a still massive $106,023 second-place prize.

Earlier at the final table, the likes of Michael Zhang and Jans Arends bit the dust. Zhang, showing as playing from Brazil, fell in fifth-place for a $44,709 score, while Arends crashed out in third for a $79,506 haul.

Some 76 players parted company with $2,625 to compete in the High Rollers Blade Closer this weekend and Isaac Haxton outlasted them all. Haxton added $44,541 to his already colossal lifetime winnings.

Other Highlights From GGPoker on January 31

Want a mention in this article? First, you'll need an account at these online poker rooms. Get the best deposit bonuses here!

The Stars Group is a majority shareholder in Oddschecker Global Media, the parent company of PokerNews.

We recently reintroduced freezeout tournaments to our Power Series schedule and approximately 95 percent of all our tournaments are now freezeouts, meaning once you bust from an event it is game over!

A field of 58-entrants created a $145,000 prize pool that was shared among those reaching the eight-handed final table.

Sixth-place and $7,975 went to “Z0mbiegirl” of Russia and their elimination guaranteed a five-figure score for the surviving five players. Austria’s “madgenius87” was the first player to net five-figures, namely $10,150 for their fifth-place finish and they were joined on the rail by “Specter_Litt” and “addhuSK” who netted a cool $13,050 and $21,025.

This left Vousden and “j2805667” to lock horns heads-up for the title, the latter having finished fifth in the partypoker MILLIONS Online a couple of weeks ago for a colossal $818,813 score. It was Vousden who emerged victorious to claim the $47,125 top prize for himself, leaving j2805667 to pick up the $31,900 consolation prize.

Team partypoker’s Patrick “Patrick_Leonard” Leonard navigated his way to the final table of the $100,000 guaranteed Sunday High Roller but couldn’t quite get the job done to bring home the gold medal.

Leonard busted in seventh-place in this tournament to lock up $4,040 for his $1,050 investment. Leonard was joined at the final table by two other players from the United Kingdom. The player known as “spinner2255” fell in sixth-place for $5,050 with “BelowAvgGreg” netting $12,625 by finishing in third-place, one place deeper than the Swedish elite grinder Simon “HellmuthTheGr8” Mattsson.

BelowAvgGreg’s exit left “uNORTH0doX” of Canada to take on Brazil’s “whresmymind” heads-up for the title. The final duo struck a deal that saw uNORTH0doX walk away with $20,712 and whresmymind $21,707.

There were dozens of other massive scores enjoyed by partypoker players this weekend, some of them are shown below. Did you make it onto our list?

Freezeout tournaments will continue to create big winners ar partypoker this winter thanks in part to the $10 million guaranteed Christmas Freeze that features 201 freezeout events between December 23rd and January 6th. Then there’s the $1 million guaranteed Big Game freezeout costing $5,200 to enter, or much much less if you win your way into this giant-sized tournament via our many satellites!

Ready to join the party?

If you’re ready to jump into the action, then click here to download partypoker and get started!

If you already have an account with us, click here to open partypoker and hit the tables!