Purchase online the Jenga Classic Game today! We have all the latest toys and accessories your little one could ask for. Shop online Today! Carefully pull a Jenga block out of the tower and place it on top. It's easy at first, but as more blocks get pulled, the Jenga tower starts to get unsteady. Players will be on the edge of their seats just trying to keep the tower from tumbling. The classic Jenga game is quick to set up, and can be played just about anytime, almost anywhere. 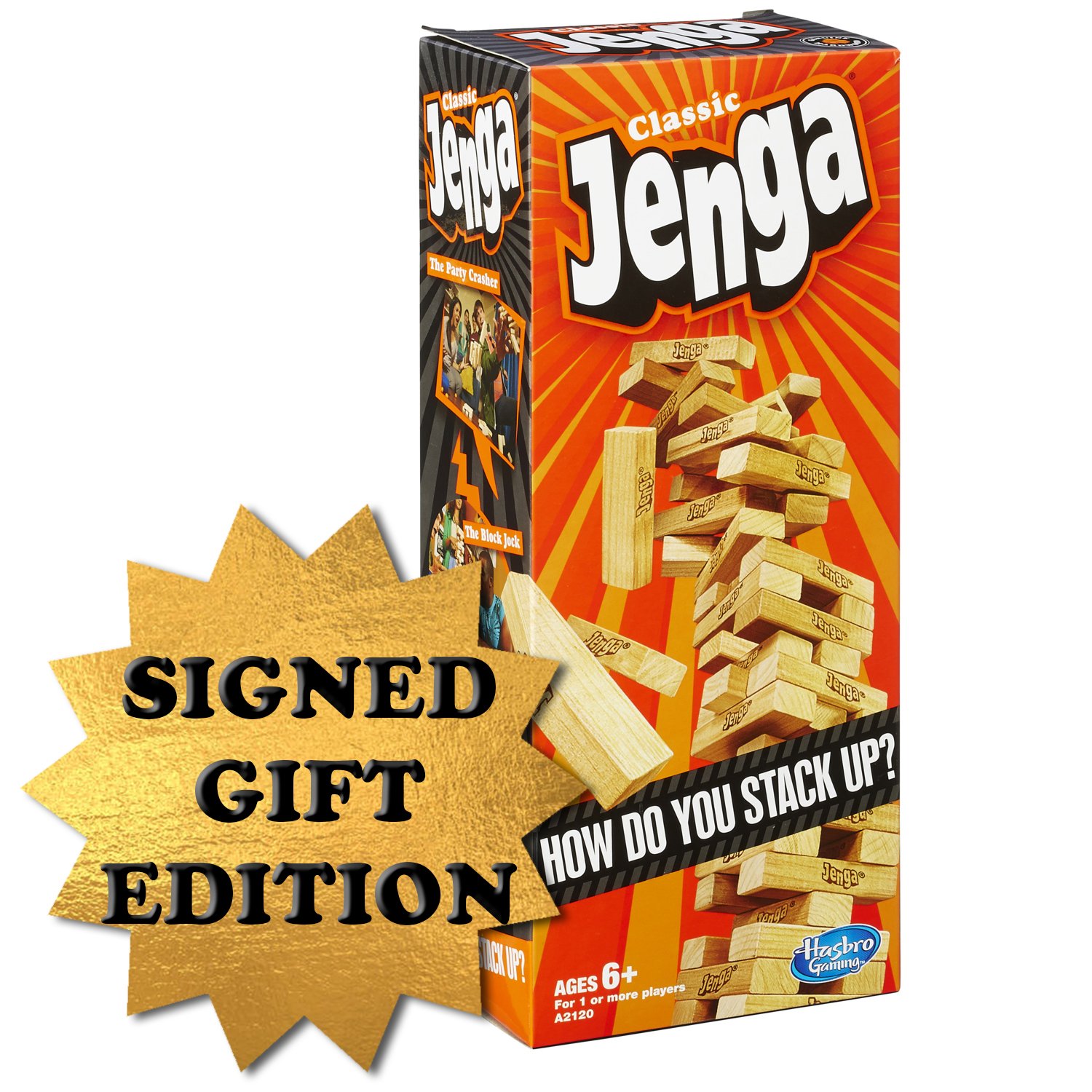 In certain ways, the Covid-19 economy is playing out like the game of Jenga. In Jenga, players take turns removing blocks from a tower and place them on top of the structure, balancing it till the tower collapses. Economies are globally connected and layered. Value chains, supply networks, markets, clients, customers are all globally integrated as building blocks of the tower. Just like in the game of Jenga, each block in the economy rests on the support of other blocks.

Over the years, we have been playing a risky game of Jenga with our economies. We are building them taller by irresponsibly pulling out limited resources from the bottom that are there to provide structural robustness to the tower. The players of the game overlook the precariously destabilising framework. They are ecstatic to make it grow bigger, ignoring the rapidly crumbling base. In order to accelerate development and reach the magical growth numbers, we have recklessly kept on adding blocks without any regard to depleting resources or sustainability issues.

A Jenga economy only gets bigger by shaking its own roots. It grows on the ambitions of a few that disregard other stakeholders. The result is catastrophic for the world’s economic foundation.

The already weak towers of the Jenga economy got a jolt when the pandemic visited us in 2020. Covid-19 shook not just the unstable tower of the global economy but also our confidence in our fundamentals. Industries got decimated, people lost jobs, factories were shut, charts and graphs on every parameter nosedived, and businesses collapsed.

The present global recession is considered to be the deepest since World War II, with most economies experiencing unprecedented weakening in multiple economic indicators. Unemployment has spiked. The International Monetary Fund (IMF) predicted world growth to be minus 4.4 percent. About 90 million people are expected to fall into extreme deprivation.

The recession, however, is not merely a nemesis of the pandemic. Signs of the recession were manifest even before Covid-19 became a pandemic. The global stock market crash and recession ‘officially’ began on February 20, 2020, although smoke was visible on the horizon by late 2019. The crisis was already in the making, a precipitation of earlier policies and actions. The Jenga game was on, and the pandemic was just the tipping point.

Recessions are often a consequence of a cascading effect of business failures accumulated over time. Recurring economic imbalances and business inexpedience often lay the groundwork for it. Imprudent policies and macroeconomic mishandling have made most economies vulnerable to shocks. Unsustainable value chains and shaky business models have left the economic fabric fragile.

Economic development is not merely a financial algorithm. Development rests on striking a balance between economic indices and social and environmental goals. According to the World Bank, 1.3 billion people—22 percent—live in multidimensional poverty accompanied by poor health, lack of education and inadequate living standards. United Nations Children's Fund (UNICEF) data shows that a quarter of all children under five years are malnourished. Globally, at least two billion people use contaminated drinking water. By 2025, half of the world’s population will be living in water-stressed areas. As a coronavirus prevention measure, the World Health Organisation (WHO) advises the public to practice handwashing with soap. A World Bank survey in 42 countries reports that half of the people lack basic handwashing facilities.

According to WHO, air pollution is the fifth highest mortality factor globally. More than 90 percent of the world's population is exposed to unhealthy air. Global carbon emissions are at an all-time high. The sustainability dream has been shattered. When the pandemic happened, we were already broke. It made us hollow.

But not everything is grim and dark. The wealth of the world’s billionaires reached a record high in 2020—at around $10.2 trillion, according to PricewaterhouseCoopers (PwC). To put that data in perspective, it amounts to roughly twice the combined nominal GDP of Africa and South Asia—accommodating 40 percent of the world’s population. The rich got richer as Percy Bysshe Shelley, the English romantic poet would say.

If the weak connect between economic growth and sustainability continues in the post-pandemic world, the new tower we build in the aftermath will remain unstable. Unless the environmental costs are accounted for, national income does not reflect a true measure of progress and remains a false indication of growth. The Covid-19 incursion robbed us nickel-and-dime and left our economies gasping. The viral web caught everyone unawares—slithering, struggling, wriggling, the world is trying to get on its feet. It’s never too late to rebuild the economy.

About 690 million people worldwide go to sleep hungry each night. As we enter deeper into 2021, less than 10 years are left for 2030, the due date for attaining the United Nations' Sustainable Development Goals (UN SDGs). Do we put the blocks back and restart the game? The questions are tricky. The answers, trickier.

The writer is Professor, Faculty of Management Studies & Research at Aligarh Muslim University

Translation: build, contruct, give life to, mould, form or create.

One API to build them all

Jenga is engineered to create simple APIs that perform multiple complex functions. From a single payment APIs that make payments to mobile wallets, banks and cards to single airtime APIs that purchase airtime across multiple telcos.

Simple is, what simple does

Simple guides, API references and dashboards that get you started in minutes. We abstract all the complexity for you.

JengaAPIs speak many languages. Literally. JengaAPIs are pre-integrated into the financial, identity, credit and payment systems across Africa. With a single point integration on Jenga, you do business in multiple countries as though you were actually there.

Trust is at the heart of everything we do. We take the hassle of secure processing through our APIs.
We are certified according to the highest global security standards (PCI DSS Level 1).

JengaAPIs was built with the developer in mind. We want you to focus on doing what you do best. Build great products. We do the rest of the heavy lifting.